A few months ago, HK and I bounced back to the Northern Hemisphere for a good long stint, and we joined our old Berlin crew in Portugal for a week-long bacchanal of epic proportions.

A road trip south to sleepy Vila Nova de Milfontes took us to stunning outcrops by the wild, roaring Atlantic coast, and though it was an incredibly fun adventure, conviviality got the better of me and I wound up a little munted. After the group bash, HK and I took a week of downtime in the calming surrounds of Cascais, a coastal town 30km west of Lisbon.

Known for the furious Boca de Inferno (the natural cliffside rock formation where occultist Aleister Crowley faked his own death in the ’20s), the tranquil old fishing village restored our vitality (that’s me below on a bench  still worse for wear, early in the week, deep in the healing phase). As well as the sea air, one of the things that really brought me back to life was a great meal at a cute eatery called Moules & Gin.

We’d walked this place past a few times and noted its slick branding. Good reviews online catalysed an evening inquiry. Hungry early, with no one in the place except us, we made ourselves comfortable in its sleek modern decor, and were glad that we did – as well as being rather fond of the odd gin (despite recent evidence that gin lovers are all massive psychopaths) you may recall that we’re also bona fide mussel freaks here (see the recipe that began this whole thing). Our little eatery  gave no mixed messages that it was right up our alley.

Operating since 2013, Moules and Gin is one of four eateries under the Moules umbrella, including Lisbon’s Moules & Beer, and Porto’s Moules & Jugs. For your drinking pleasure, Moules & Gin sport over 20 varieties of gin, including Martin Miller’s, Gin Vine, Gin Mare, Gin Self, Monkey 47, Bulldog, Brockmans, Nr.3, Ophir and Sharish. There’s also a rotating ‘gin of the week’. However, it’s the Moules that really hold their end up in this joint

Served in generous enamelware pots, the Moules are cooked to perfection in your choice of sauce, including Belgian style, champagne, fresh, mostarda, fraiche, pesto and more. HK devoured the chilli, and I threw down the Thai coconut – both were mopped up vigorously with side orders of fresh, hot batatas fritas. Satiated and deeply satisfied, we ordered another gin, and as the evening’s clientele began to trickle in, we threw down a delicious banoffee pudding to bookend the night.

We’re fairly picky with our moules, but we attest that Moules & Gin succeeded in spades – fresh, perfectly cooked, good servings, and deliciously attended with an array of fabulous sauces. Now if only we could be a little closer to Cascais to eat them again.

Thankfully, we’ve got a pretty decent and ultra-easy recipe of our own – check out the sh.k moules classic Prince Albert Mussels here (…and don’t be forgetting the gin!) 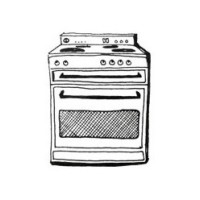